According to Mises, the state is a human institution. In the light of this discourse, it is emphasized that the state should exist for the well-being and welfare of people. However, governments that move away from this basic purpose often create dirigiste policies. The ideas and programs of dirigisme are interventionism, socialism, autarky and nationalism. The common goal pursued in these political doctrines is to control the individual with coercion, pressure and threat. Again, according to this view, it is claimed that the state is not a human institution, but that it should have a superior, exalted and powerful aspect. In other words, the state ceases to be a human institution and the state takes on a divine appearance by being abstracted as an excessive power. According to Mises, such abstractions created in these systems cause many concepts such as freedom, demagogy and destruction to be intertwined. After these determinations, Mises mentions liberalism as the progressive and healing power of humanity against the policies of statism and prepares a recipe in this direction. Within this context, aim of this study to show how the political practices and programs of statism expose humanity to unhappiness, fear and assimilation, and how it takes away their freedom, equality and private rights in the light of Mises' views. In addition, based on these views, the other aim is to present unique perspectives on the situation of today's humanity. 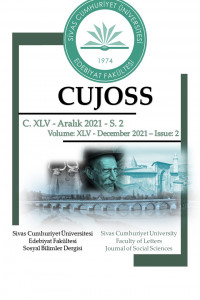