Various trade and professional organizations established in the west and east in the form of guilds since ancient times disappeared from the 17th century. Chambers of commerce and industry began to be established instead of guild organizations with religious and moral qualities. This type of chamber was first established in Marseille, and later spread to other countries. The Ottoman Empire, which tried to save the state from collapse in the 19th century, started to make reforms. In this context, he established the Dersaadet Chamber of Commerce in Istanbul in 1880, just like its counterparts in the west, for the development of trade and industry. This organization, which went through various stages and became the Istanbul Chamber of Commerce and Industry, was inherited from the Republican period. The Istanbul Chamber of Commerce and Industry, which has been in the debates of establishing a national economic system and protecting national industry, which has been discussed since the Ottoman Empire, held a congress in 1926. Various issues were discussed and discussed in this congress. One of these issues is the protection of the national industry, and it was emphasized sensitively in the congress. The subject of the study is the issue of protection of the national industry, which was discussed in this congress convened in 1926. 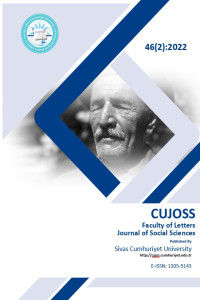